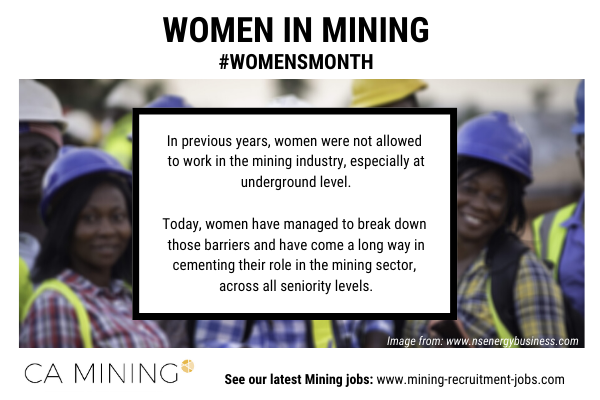 On 9 August 1956, about 20 000 women marched to the Union Buildings in Pretoria to present a petition containing more than 100 000 signatures, against the carrying of passes by women to the then prime minister. They also stood outside Union Buildings in silence for 30 minutes, in a non-violent, powerful display. In honour of Women’s Month, we wanted to highlight women in mining. 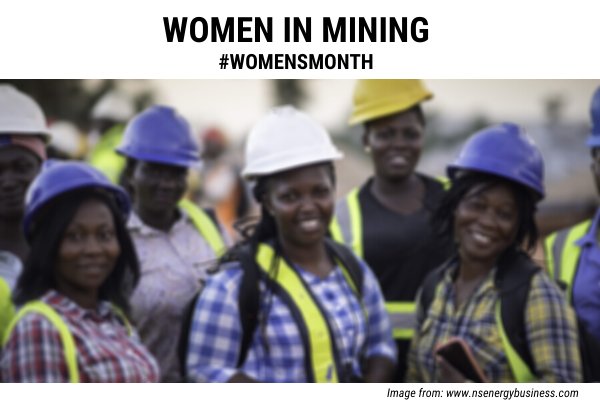 Women in the Mining sector

In previous years, women were not allowed to work in the mining industry, especially at underground level. There were legislative and gender restrictions in place to ensure women were barred. Today, women have managed to break down those barriers. They have cemented their role in the mining sector, across all seniority levels. [Source: African Mining]

Established in 2010 Women in Mining South Africa (WIMSA) is a non-profit organization that provides an empowering network to support, inspire and develop the progression of women working in the mining industry in South Africa. WIMSA is doing wonderful things in the way of championing awareness around challenges that women face in the mining sector. These challenges are very similar if not the same across the world. Read more about the work that Women in Mining (WIMSA) do.

CA Mining has placed several women in the mining sector, who are highly qualified and specialised in their respective fields. We believe that it is very important for women in the mining sector to position themselves as leaders to embrace their roles and responsibilities. Do not be afraid of reaching your potential! To commemorate this important month, we will be interviewing a few women that we have placed and publishing the story of their exceptional contributions in their fields. Keep a lookout for that in the coming weeks. 🙂

In a male-dominated sector, these women ignore and break any gender boundaries that exist and concentrate on getting the job done!

To ALL women in mining, engineering and related fields, we salute you!